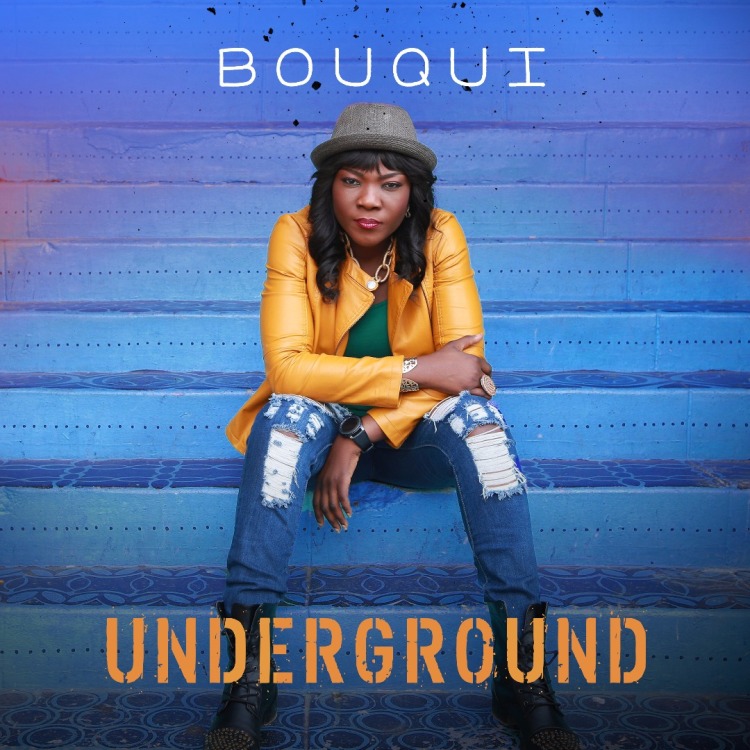 After six month of absconding completely from all social media platforms, foremost Nigerian rapper, BOUQUI returns from the underground with a new song titled Underground. 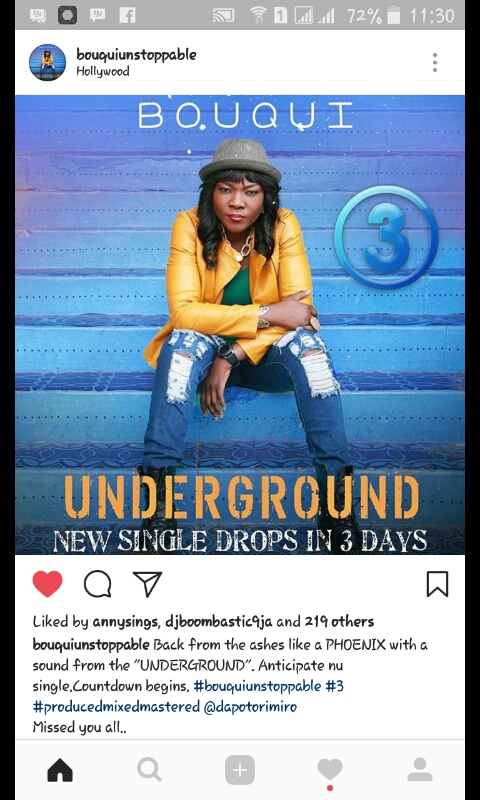 The Morile and Take You Away crooner, Bouqui broke the silence via an Instagram post earlier this morning where she uploaded the artwork for the coming single “Underground” with the message “Back from the ashes like a PHOENIX with a sound from the “UNDERGROUND”. Anticipate nu single. Countdown begins. #bouqiunstoppable #3 #producedmixedmastered @dapotorimiro missed you all..” 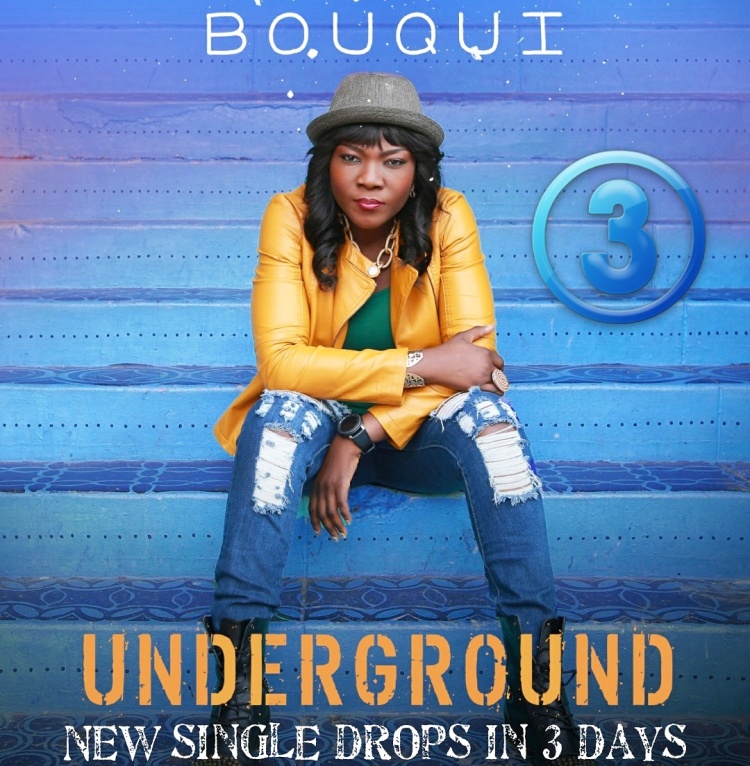 Underground according to the Rapvangelist “BOUQUI” will be out on Saturday, 15th of July 2017. The new song “Underground” which was produced, mixed and mastered by Dapo Torimiro for Dapo Torimiro Productions according to her publicist @gruggedmg would be the first single off @bouquiunstoppable’s 5th studio album and was recorded in Hollywood California, USA