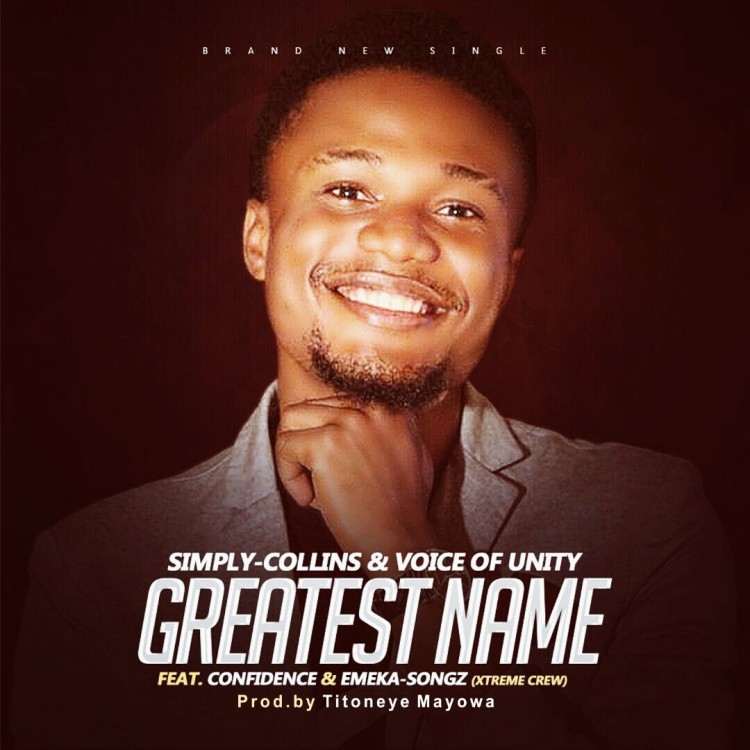 Sensational gospel singer Collins Romanus, popularly known as Simply-Collins is a praise and worship leader and a songwriter.  He is the founder of VOICE OF UNITY Crew and VOICE OF UNITY MASS CHOIR.

Simply-Collins music career started back in 2005 as a drummer under RCCG Lagos Province 2.  He started Singing in 2006. He has served as music director under RCCG, MFM and many other believing churches. He has been graced to share stage with many top gospel singers such as Tim Godfrey, Nathaniel Bassey, Tope Alabi, Sammie Okposo, Kunle Ajayi and many others. Through divine instruction he started his own crew and also Mass Choir.

Simply Collins has this to say

“Greatest Name is a song inspired by the Holy Spirit while I was studying Phillipians 2 vs 9-10. We’ve been given a name above all names, just the mention of that name JESUS, every stronghold will be destroy. This song came out of my study and prayer room”.