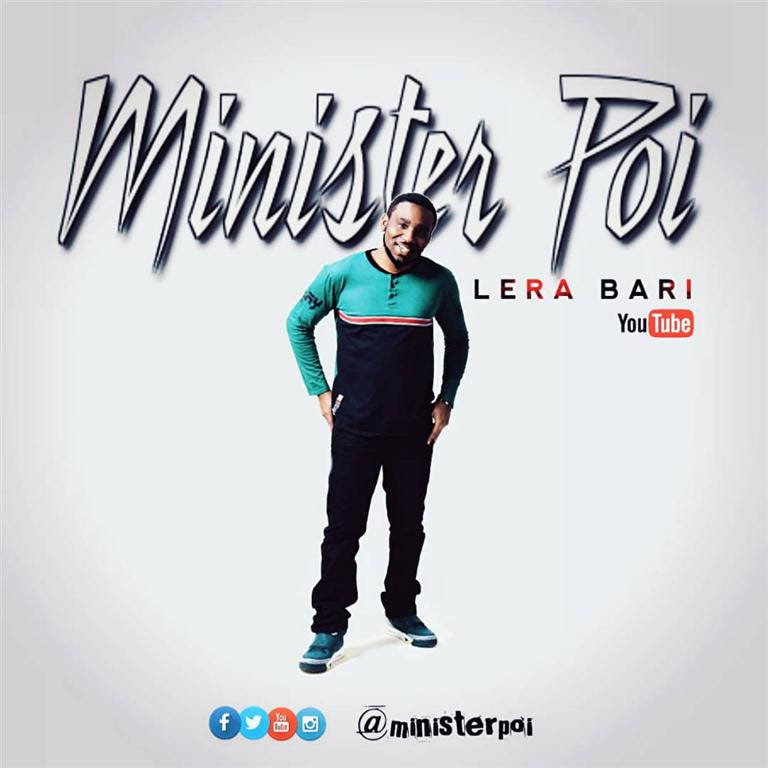 US-based Nigerian Gospel music singer Minister Poi is out with the video for the song “Lera Bari”.

The track “Lera Bari” is off the album new album “The Oil of Gladness,” and the fast tempo Contemporary Praise single does justice to the name of the album. Also, the mood depicted in the video echoes the theme of praise and celebration.

Minister Poi is an International gospel music minister and recording artiste. Minister Poi who is currently based in the United States is a Worshipper, Songwriter, a Record Producer and a Gospel artiste. He is talented with exceptional abilities to write and sing in multiple sub-genres of Gospel music.

Minister Poi, recently released a wonderful body of work containing heartfelt worship, unrestricted praise and great songs all round, titled “The Oil of Gladness.” The album contains different genres of music and shows the versatility of Minister Poi.

The 8-track album was officially released on the 25th of November at Winners Chapel Intl. Texas, United States of America.

“There’s something for everyone in this project. We have worked tirelessly to deliver this album to you and we are hopeful that it would be a huge blessing to anyone who listens.

“‘The Oil Of Gladness’ is about a biblical text in the Book Of Psalms, Chapter 45 and Verse 1 (KJV) which reads:

“‘Thou lovest righteousness, and hatest wickedness: therefore God, thy God, hath anointed thee with the oil of gladness above thy fellows.’ All the songs in this album put you in total worship and praise.”

Get “The Oil of Gladness” Album below: